Western Institute of Technology pushed the boat out its 55th Annual College Days Celebration on February 3-9, 2019 with the theme: “Going, Growing and Leading the WITtians Way”.

The most awaited celebration started with the foot parade and street dance from the School’s Main building to RTS campus at eight o’clock in the morning. MARTS, CBA, TECHNO, and Senior High School students, and faculty and staff participated in the said street dance. MARTS students gave their best in performing their moves, and so they won the street dance competition. After the long walk, the thanksgiving mass followed. 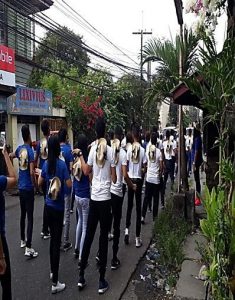 To showcase every department’s talent and creativity, the school had an Open House Exhibit located at the new Senior High School building, RTS Campus.  According to the overall committee, Ma’am Japitana, the objectives of the exhibit are to market the senior high school department and to encourage everyone to enroll in our school. This received a positive feedback from the visitors. One of the visitors said, “The projects are very meticulous and interesting.”

From the vendo machine of EE, road proposals of CE, dissected animals of BS Biology, film showing of their own film by SHS to poems composed and awards received by LA students, these made the exhibits more educational and attractive to the visitors. 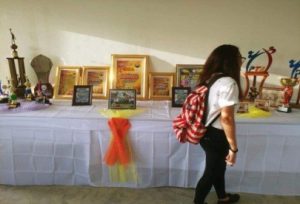 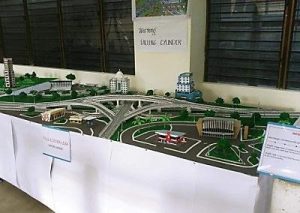 Photo of CE booth during the exhibit. Credits to Winbert Abrenica

The WITtians were excited and mesmerized as they witnessed the spectacular show from their extravagant faculty and staff. Each department showcased their talents in acting, dancing and singing, proving that WIT employees can do more than just teaching and office works. Their performances brought laughter and amazement to the audience.

Here is the order of the performances: 1) The Greatest Showman- CME and COE Department 2) A Million Dreams- CAS Department 3) Come Alive- SHS Department 4) The Other Side- School Officials 5) Never Enough- Melba Alfonso 6) This is me- CBA and Admin Department 7) Rewrite the Stars- Sweden Devata and Cindy Moneva 8) From Now On/ finale. The show has a twenty pesos ticket fee. 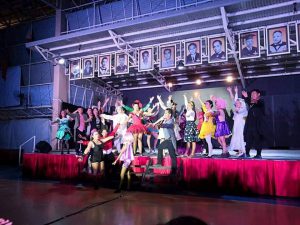 The efforts of the hardworking staff and producer were paid off. Everyone had a great night and the show was a success! 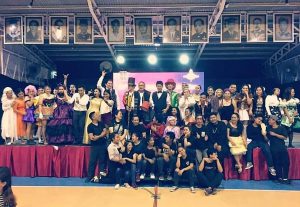 The ‘Search for Ma’am and Sir WIT 2019’ was held on February 6, 2019. The prefabricated stadium was filled with students from different departments with each of them yelling the names of their winning bets as the teacher-contestants threw their elegant walk on the stage. Dr. Marjorie F. Salas, Dean of CAS, said, “This pageant served as the mirror of the teachers that reflects their hidden characteristics and skills that are not shown and seen in the four corners of the classroom.” 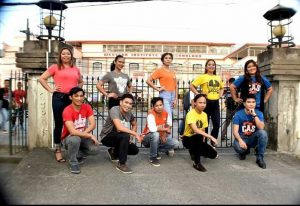 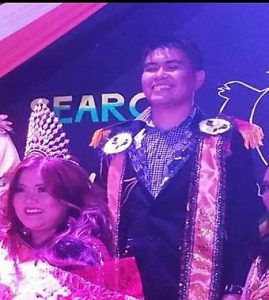 “I think Sir Alba and Ma’am Fernadez really deserved the title. They both showed their best, and they stood out among other candidates,” said Mariel Lonquino, CAS student.

Also, as part of the College Days celebration, the Senior High School Department facilitated a Debate Contest on February 7 (preliminary round) and 8 (final round), 2019 which was held at the WIT Auditorium around 8:00 a.m. and 2:00 p.m. respectively.

The contest was joined by two teams only: the Senior High School and the LAS Departments. There were two matches: the preliminary and the championship match. Hail to the LAS team for winning both matches. Mr. Sweden Devata, the coach of the LAS debate team, really guided the members to perform at their best. The two teams did very well and enjoyed the contest as it was their first time. “I was afraid at first but excited at the same time. I’ve learned a lot before, during and after the debate,” said Cherry, one of the researchers of the LAS debate team. 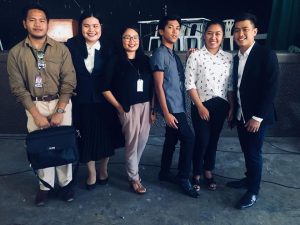 Sports games were also a big part of the celebration. These sports events were basketball, volleyball, swimming, football and softball games.  Every department has its representatives for men and women categories.

Sir Trinagan, SHS Coordinator, said, “This plaque is more than all the sweetest chocolates, most expensive flowers and most romantic letters one can receive this Valentine’s Day”.

The last event ended at 10 o’clock in the evening with the closing remarks of the overall chair of the search for Mr. and Ms. WIT Campus Personality 2019, Mr. Jan Louie B. Gepulla.